The current growth of WAX, new projects, updates on existing projects and overall ecosystem is highly exciting at this time. Pretty much every day you learn about a new project, or a major update on an existing one. The WAX space is really booming, and we are highly excited to be part of the community and to have the honor to provide and maintain our infrastructure for all users and dapps to utilize.

Since the last update, we have been continuing to work on optimizing our internal infrastructure as well as the collaboration and communication with external nodes. We, together with many other guilds are working tirelessly to optimize and tweak what we can to improve reliability and reduce all issues we notice in the community.

Over the last year, the activity on WAX has skyrocketed, which has brought with it a lot of current and coming difficulties. More users, more projects, more NFTs all mean we need more and better hardware as well as software for our nodes. Something that requires a lot of time, but is so much fun!

We are working hard on organizing a first community FPS tournament on WAX. With the launch of The Forge Arena, which is utilizing WAX for their economic layer with tokens, p2e model and NFTs, we feel that they are a perfect candidate for this. The tournament will allow pre-made teams, or sole players to sign up, with a maximum of 32 teams, or 96 players to fight for a big prize pool, which at the time of writing is more than $7k. Since the tournament is aimed towards the community, the prizes will trickle down to more players than only the top teams, to encourage anyone and everyone to feel like they can participate. For this tournament, we have a lot of great sponsors from guilds, projects and NFT collections such as nfthive.io, bountyblok.io, waxeastern.io, taco app, cerebral gaming, ultrare.uk, soundr, exit limbo and many more. Below you will find a video walkthrough of The Forge Arena and how you can participate. In short, you just need one of their NFTs (forge.gene collection) and you can play their early access version of the game. The free to play is planned for Q3 or Q4 this year.

Taxes... boring, they hurt, but we all want to comply in an easy way

Tax season, means a large section of the WAX community is doing their best to try to figure out how to get all their data, and how to present it for their accountants, or one of the many softwares that help to format the data for their tax laws. Since this is rather complicated for a lot of the users on WAX, we have been working hard on tools to help ease this process and have already helped a lot of users to get all their transactions in the format they need for their accountants and/or tax software. Some of these users has upwards 8 million transactions in 2021 alone, something that is very hard to manage if you don't have any programming experience.

We hope to build out this tool to be automated enough to be able to help the most active users as well as the occasional WAX user. If anyone is interested in getting some assistance, or has questions, don't hesitate to contact Anders on Twitter, Telegram or Discord.

Some WAX Data for you

Below you can find some data on the last two weeks on WAX. The first is a map of the contracts and actions that have utilized the most CPU in the first 2 weeks in April. And the second graph is amount of actions per smart contract, showing the top 7 accounts and by size. We can see that Farmersworld are by far the most active contract in actions and CPU usage, closely followed by alienworlds mining (m.federation) and then the boost.wax contract, which is used to pay for users CPU costs in transactions. What is interesting though, is that if you combine the actions from m.federation, alien.worlds and yeomenwarder (aw cpu boost contract), you find way more actions in the alienworld contracts most others.

This data doesn't mean much, but it's fun to observe and get some actual datapoints. 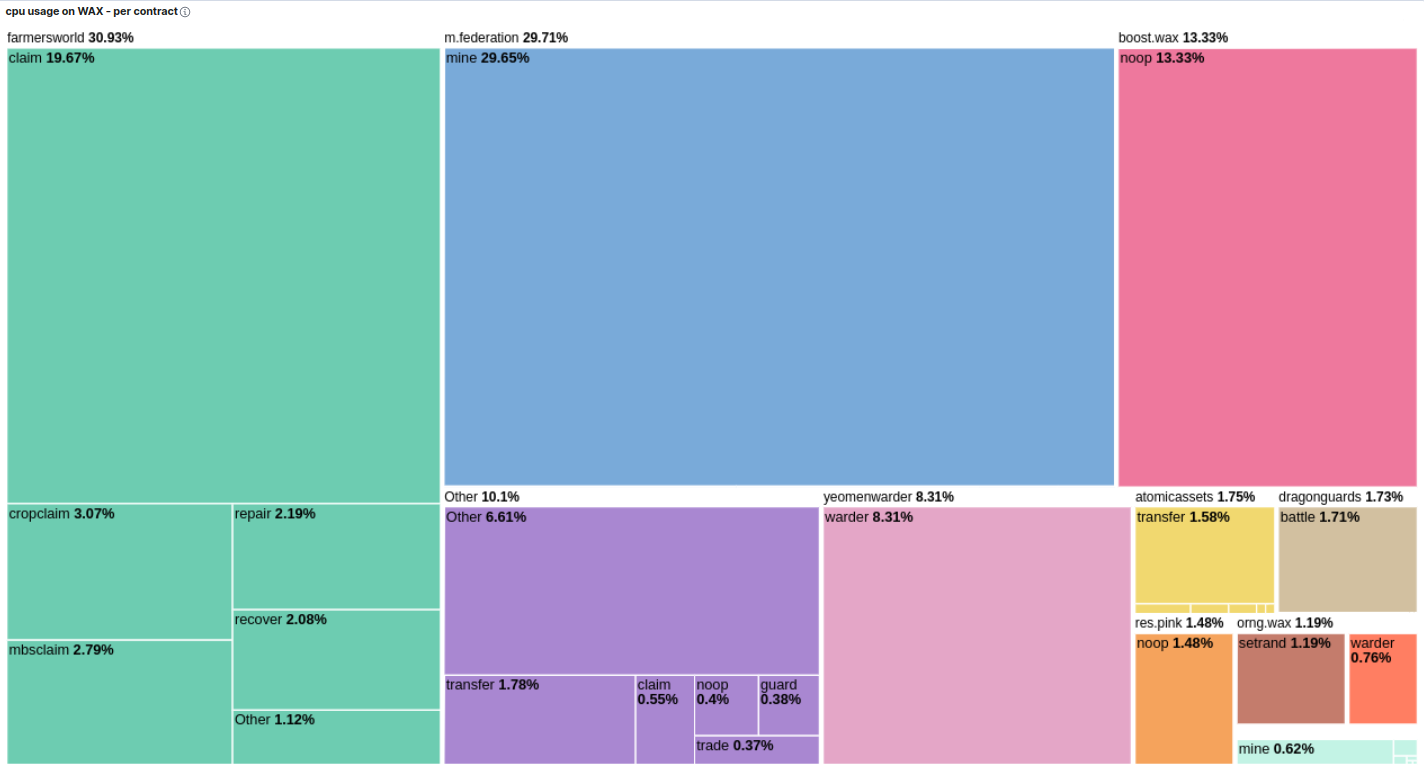 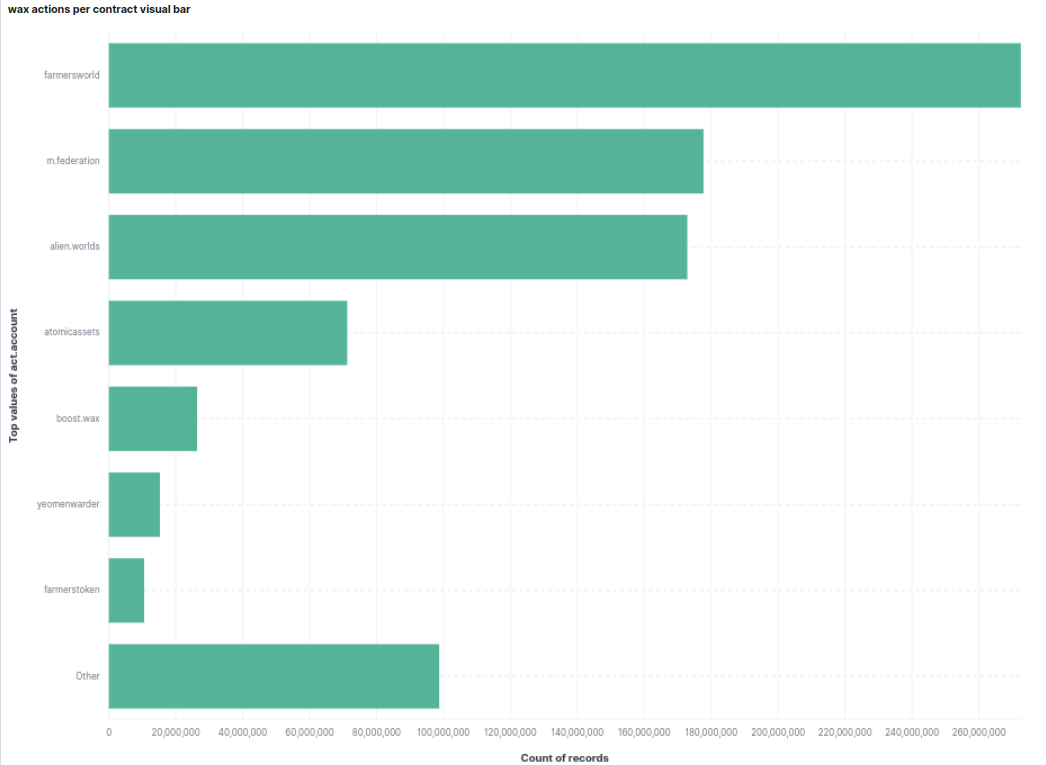